7 Incredible Pets that Will Surprise You

By guest blogger Mary Ward Do you Digg It
Looking for the perfect pet can be a tall order, until you consider some alternative options. There are some excellent pets out there that can bring about hours of enjoyment, and sometimes the least expected choices make the best ones.
1. Hamsters: Sure they are rodents, but these are excellent pets for kids. The maintenance and upkeep is minimal for this family-friendly pet, so it’s a perfect starter pet. For the kids that want a family friend to take care of, this is an excellent animal to show what nurturing an animal is all about. These are fairly independent animals so they won’t necessarily show loyalty, but they’re pretty easy to care for.

2. Guinea Pigs: Along the same lines, these cute little bundles of fur are relatively easy to care for. That’s why you see so many of these cute little pets in homes with young people, as well as classrooms across the country. You can shower them with love but they can still do their own thing. This is an excellent pet to be able to care for but not to force too much time or attention as they blend into the family pretty easily.

3. Parrot: Birds are great pets in general, but the parrot can be a lot of fun. These are great pets because they feel like a part of the family as they repeat the words you say, making for hours of entertainment. Parrots are lovable yet fairly low maintenance making them a surprisingly delightful addition to the family.

4. Bunny: Who knew that these cute little fur balls made such excellent pets? Bunnies are great because they don’t require quite as much time or attention as cats or dogs, but yet they can be quite lovable. They can come out of their cage to play with the family, but yet will stay for long periods in their little home without making a peep. Cute and furry, these are a wonderful surprise as family pets go!

5. Iguana: Okay so this may not conjure up the visions of cuteness, but they make for good pets. You can shower them with attention though they don’t require too much in terms of maintenance. A little known benefit to these pets is that if you let them loose in the yard every once in awhile, they will help to control any bug problems that you may be experiencing.

6. Teacup Pigs: Admittedly any sort of farm animal such as this does better with more room to wander, but this smaller version can provide great delight. This tiny version of your typical pig can be lovable and sweet; it just needs extra attention to ensure they thrive. They are so cute though that you can’t help but fall in love with them!

7. Fish: If you want a pet but don’t want to keep up with the maintenance, this can be the perfect solution. A nice tank full of fish can bring about relaxation and a nice sense of companionship, offering some excellent delight to the individual who owns them.

These seven animals make surprisingly rewarding pets and companions, and are often easier to keep for many people and people with special considerations like allergies, time constraints, etc. Always keep in mind, though, that you should do your research to learn about any animal before committing to it as a long-term pet, and always consider alternative resources like rescues and shelters to help along a pet less fortunate.


Mary Ward is a freelance writer and likes writing about animal-related career topics, such as how to obtain an
online Vet Tech degree,job and education tips, and more.
Posted by Matt 57 comments:

A woman's pet cat was found alive after being buried beneath debris from a house fire for 26 days!

According to the Huffington Post, Sandy LaPierre said that she assumed her 1-year-old female cat Smoka had died from the Aug. 10 fire in Franklin, about 30 miles north of Cincinnati.

Then 26 days later, a demolition company moved in to tear down what was left of the building. As they started to clear away rubble, they found Smoka's head sticking out from under 16 feet of debris! Amazing!

Smoka is alive and well. LaPierre says Smoka lost a lot of weight and has been gobbling down food to make up for it. Smoka has some difficulty walking, but otherwise seems OK.

After 26 days of being trapped without food or water she is still alive. That is one lucky cat.
Posted by Matt 5 comments:

I recently wrote about my trials and frustrations with buying a new fish tank. The tank is up and running and doing well. I'll have to put up some pictures soon, once my home projects are done and things calm down a bit. I only lost one fish in the process. The minimal loss is because I used filter media from a current tank to help cycle the new aquarium while mixing in the water from the old tank, to keep from getting what is known as new tank syndrome. I'll be posting some other great articles soon!
Posted by Matt 51 comments: 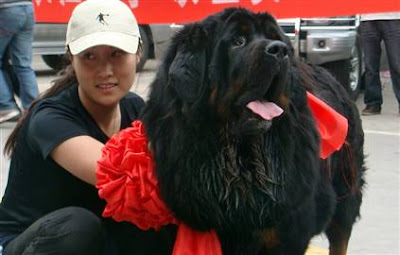 It would have been much cheaper to adopt....

What does a $582,000 dog look like? A Tibetan Mastiff has apparently broken the record for the world's most expensive dog. It was sold to a young Chinese millionare.

You can read the complete article as found on MSN.com.
Posted by Matt 11 comments:

A Day to Reflect 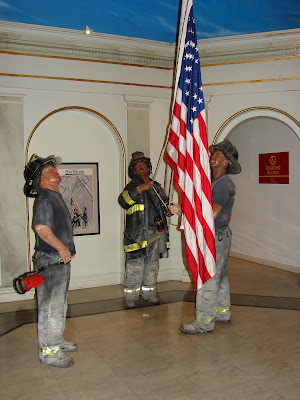 I think every generation is defined by historical events beyond our control or even comprehension. For people my age, 9/11 is that day when our lives all changed. Take time to reflect on what's good in your lives and appreciate that special someone or pet as we remember those not only lost in the attacks, but in the battles that followed.
Posted by Matt 3 comments:

According to the Environmental Protection Association (EPA), typical household cleaning products and air fresheners are one of the leading contributors to poor indoor air quality. The agency reports that poor indoor air quality can lead to health issues; animals have faster metabolisms and smaller lungs than humans, and not only are they processing these chemicals at a faster rate, they are also breathing them in more rapidly. Because animals are closer to the ground, they are more often in direct contact with these harmful substances.


Now, I'm not about to recommend any cleaning supplies, as the above was actually something a "green" cleaning product company sent to me as part of a press release. But, the information is worth noting that there are so many things in our environment that we don't consider for either ourselves, or our pets. It is worth doing a little research before using products around you and your pets to make sure it is safe.
Posted by Matt 13 comments:

It's time for Shear Poodle Madness...the pictures of what people do to their poor poodles.....Check it out!
Posted by Matt 2 comments:

A Trip With Your Best Friend

For dog owners who like to travel, there is the inevitable issue of what to do with your dog. A new business venture encourages you to take the dogs with you.

Canine Club Getaway (www.canineclubgetaway.com) is, quite simply the ultimate vacation for dogs and the people who love them. The first Getaway is scheduled for September 10-13 in the gorgeous Catskill Mountains in NY.

Here are some of the highlights!

1) Dogs are allowed IN the pool! There's even a kiddie pool for small dogs and novice swimmers.
2) No one has to "ruff it." It's a resort, not a camp, so you get heated, air conditioned rooms with cable TV and wi-fi (for all those hi-tech dogs out there), and there are gourmet meals for the humans (who, with a little training, should be smart enough to bring doggie bags back from dinner!)
3) Dogs are allowed to sleep in the bed with their humans.
4) Lure coursing! Lure coursing! Lure coursing!
5) Agility! Frisbee! Flyball!
6) Incredible hiking
7) A vet on the premises. In case you break a nail with all that lure coursing.
8) The convenience store sells dog treats.
9) It's a big, giant party with nothing but dogs and dog people! How can you NOT love that?

If this sounds like fun, check out the Web site at www.canineclubgetaway.com.
Posted by Matt 13 comments: 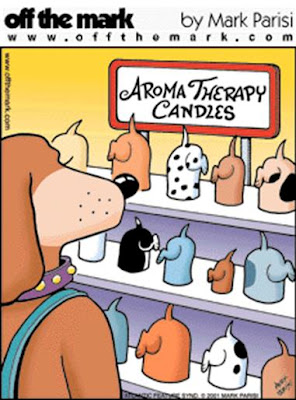 L.A. residents urged to evacuate from wildfires with pets

Interesting article about pets sometimes being forgotten during evacuations........

As wildfires surge around the Los Angeles basin, pet owners need to take special care that their charges are safe. Most important is to take pets with you if you're evacuated, says Heather Case, the American Veterinary Medicine Association's coordinator of emergency preparedness and response.

"Everyone should be thinking 'How am I going to transport my pets?'" she says. "Take the order to evacuate seriously. Animals, because they're smaller than we are, are quite sensitive to smoke."

In past years during wildfires in California, animal e-mail lists "have gone crazy" but they're strangely silent this time, says Christie Keith, a contributing editor to the blog PetConnection.com. "It's been very different from previous fires where people had been clamoring for help with their pets," she says. "Maybe because it's such a more populated area people are following the evacuation orders. Or maybe five hours from now this is going to explode."

So best to be prepared. For cats, that includes having a carrier large enough to accommodate a temporary litter box, even a makeshift one that will work a few days, Case says. For dogs, leashes and collars are a must. Even the most well-behaved dog will need one in the confusion and excitement of an evacuation setting.

Identification for animals is crucial, in case they become separated from their owners. "Ideally, your pet is micro chipped," Case says. Failing that, some pet shops make tags while you wait. Owners in fire zones should think of including both their cell phone number and the number of someone well away from the fire area, should cell phone coverage break down or the pet's owner be unable to respond. With the Los Angeles fires threatening the Mt. Wilson communications hub, it's possible that cell phone service in the area could be disrupted, making local cell phone numbers unreliable.

For animals outside the evacuation areas, minimizing stress from smoke and the sound of helicopters, fire engines and general chaos is important.

"Shut down the noise as much as you can," suggests Ricky Whitman, spokesperson for the Pasadena Humane Society & SPCA. Sometimes running the air conditioner helps to mask outside sounds, and cut down on the smoke smell. "Pay attention to your animals behaviors, because some animals are very sensitive and others don't seem to care quite so much," she says.

Several groups are offering to take in animals who need to be boarded during the fires. They include the Casitas Hotel for Cats in Glendale, which can only take cats, and the Pasadena Humane Society & SPCA, which is taking cats, dogs and some wildlife. The Kitty Liberation Front provides details on local shelters that are accepting both cats and dogs.

The Humane Society's national site has checklists and our earlier post details U.S. government's plans on how to evacuate animals.